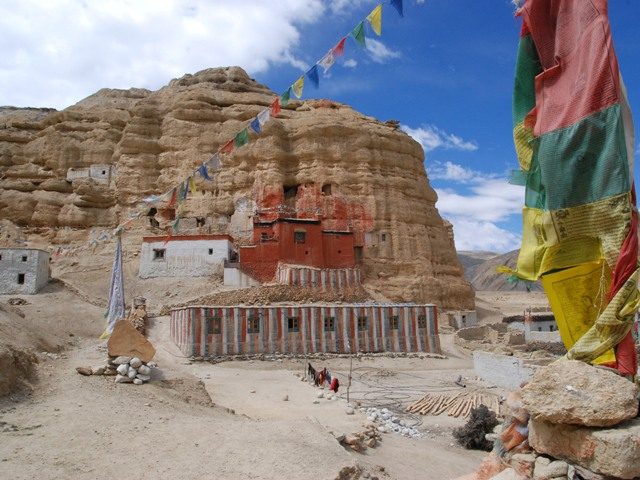 Upper Mustang – One of the few places in the Himalayan region that has been able to retain its traditional Tibetan culture unmolested… authentic Tibetan culture now survives only in exile and a few places like mustang, which have had long historical and cultural ties with Tibet. The trek to upper mustang is a rare privilege. You can experience the way of life of the true mountain people, which has not been changed for years because the region has been cut off rest of Nepal. Trekking to upper mustang is similar to trekking in Tibet. The region was a forbidden land for many centuries. Lo manthang is the isolated kingdom of upper mustang. The fort city was built in 1380 AD by the first king of Lo, Ame Pal. At present, 1100 people are living in 144 mud houses, 4 Gumpas & 1 Palace are there inside of the wall city.  This is in the Himalayan rain shadow and is one of the few parts of the country where you can explore fascinating landscapes of great castles, ancient monasteries and lonely remote villages. The highest part of this trek is 4,300m ( Chongo-La).
Until the 1990s, the isolated region of the Kali Gandaki valley known as Upper Mustang was closed for trekkers due to its sensitive location next to the Tibetan border. Today, however, with special area (control area) trekking permit, you can venture into this arid and remote region, which is home to a relatively undisturbed Tibetan culture. Upper Mustang is one of the few places in the world that has long-lived a very close-niche life and that region was, until recently, inaccessible to outsiders. This isolation helped the people of Mustang to maintain their lifestyle and heritage that remained almost unchanged for centuries. Hidden behind the majestic Himalayan ranges of Dhaulagiri and Annapurna, Mustang is filled with beautiful trekking zones. Although officially part of Nepal, the Mustang region in the upper reaches of the Kali Gandaki River is a world unto itself. Long closed to foreigners because of its strategic location on the Tibetan border, Mustang has only been open to trekkers and is closely regulated by the Nepali government. Only organized / tea house treks are allowed into the region through registered trekking agency only. The brown landscape, jagged peaks, and mud-walled villages are reminders of what Tibet must have been like before the Chinese invasion.

Day 01: Arrival in Kathmandu & Transfer to Hotel.
Day 02: Drive or Fly to Pokhara and transfer to Hotel.
Day 03: Pokhara Sightseeing and over night at Pokhara.
Day 04: Fly from Pokhara to Jomsom and trek to Kagbeni 2850m.
Day 05: Kagbeni to Chele.
Day 06: Chele to Sangboche or Gilling (3806 m.)
Day 07: Sangboche or Gilling to Ghami.
Day 08: Ghami to Tsarang
Day 09: Tsarang to Lo-Manthang 3750m.
Day 10: Lo-Mangthang – visiting surrounding areas, excursion to Tibetan border
Day 11: Lo-Manthang to Tsarang
Day 12: Tsarang to Ghami
Day 13: Ghami to Sammar via.
Day 14: Samar to Kagbeni
Day 15: Kagbeni to Jomsom
Day 16: Fly back to Pokhara in the morning and free day.
Day 17: Drive or fly to Kathmandu and transfer to hotel, Optional Kathmandu sightseeing or free day.
Day 18: Transfer to Airport as per your flight time and departure for next destination or Home.

• Assisted upon arrival at the airport by our office representative.
• All arrival and departure transfers as per the itinerary by Private vehicles.
• Accommodation in Kathmandu  & Pokhara on Bed & Breakfast basis.
• Accommodation in local Guest House on twin sharing basis for trekking area on Full board
• Annapurna Conservation Area Entry fee / Mustang Trekking Permit Fee.
• English Speaking Trekking Guide
• Trekking Porters
• All sightseeing tours mentioned above itinerary with our local English speaking guide  including entrance fee.
• All applicable taxes

Cost does not include:
• International Airfare and taxes.
• Nepal visa fee.
• Lunch and Dinner at Kathmandu & Pokhara.
• Sightseeing which is not mentioned in above itinerary.
• Personal expenses.
• Any transportation cost outside of the regular itinerary.
• Any insurance.
• Expenses of personal nature. 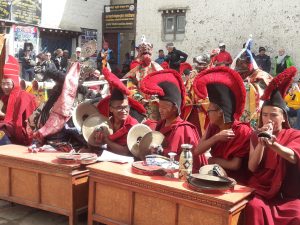 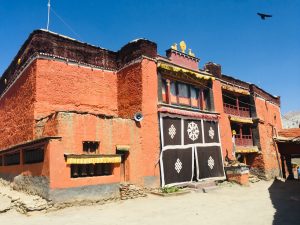 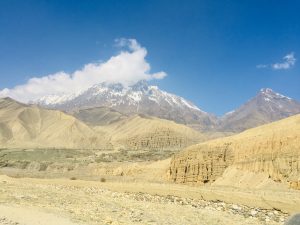 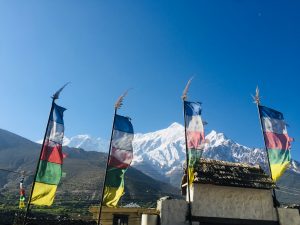 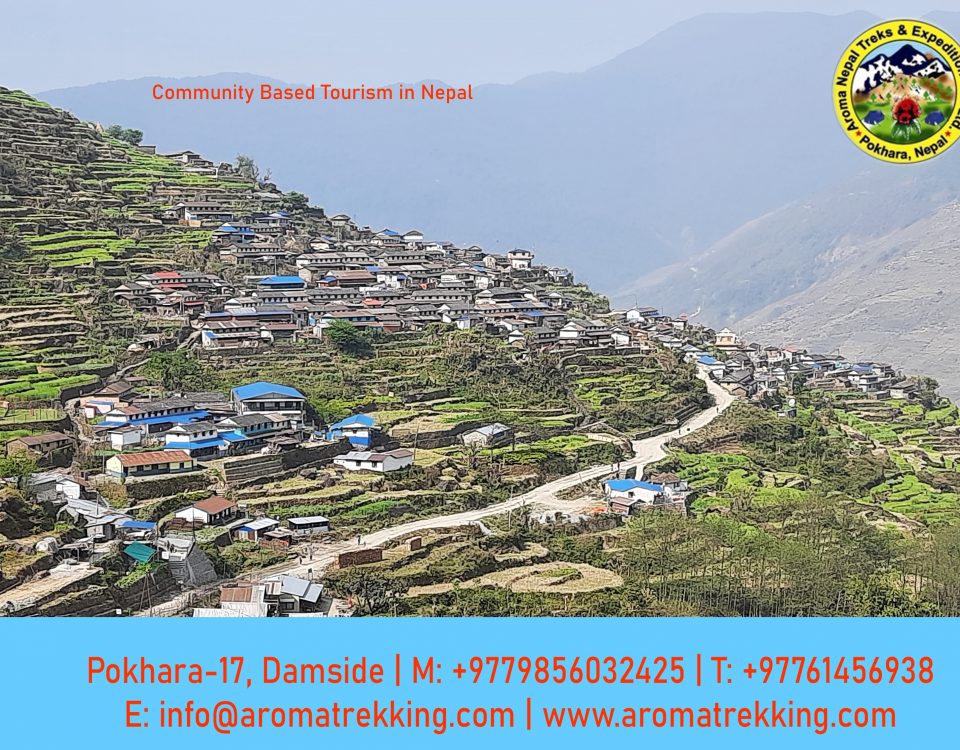 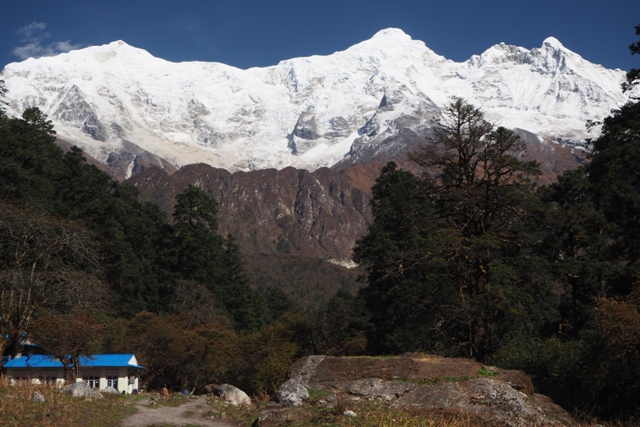 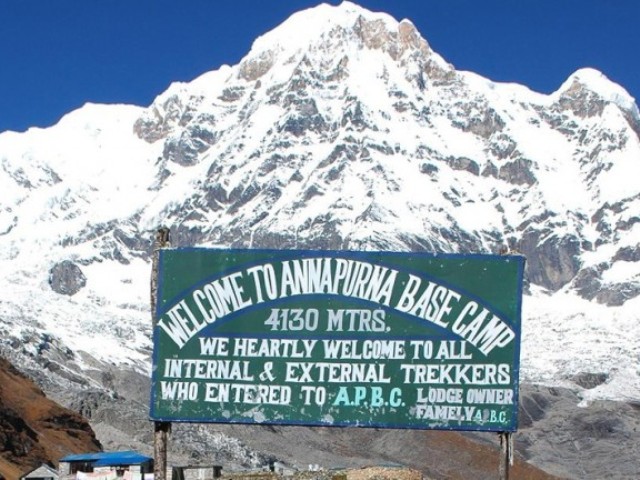