The valley ( the capital city of Nepal ) is situated at altitude of 1400 meters above sea level cover an area of 218 sq miles.  The city of Kathmandu is named after Kasthamandap temple, that stood in Durbar Square. In Sanskrit, Kastha  means “wood” and Mandap means “covered shelter”. This temple, also known as Maru Satal in the Newar language, was built in 1596 by King Laxmi Narsingh Malla. The two-story structure was made entirely of wood, and used no iron nails nor supports. According to legend, all the timber used to build the pagoda was obtained from a single tree.The structure collapsed during the major earthquake on 25 April 2015. The Newars are the indigenous inhabitants of the valley and the creators of the splendid civilization of its three cities-Kathmandu, Patan & Bhaktapur. The skillfully built temples and places, delicately-engraved stone and metal images, carved wooden columns & pillars and the history laden shrines and chaityas of these three historical cities stand testimony to the Newar’s artistic achievements.

Sightseeing place in  Kathmandu:
Pasupatinath Temple: The holiest  shrines hindu temple located the bank of Bagmati river. Two-tiered magnificent golden temple with four triple silver doorways is unique example of the Nepalese temple architecture. It is one of the largest Hindu temple complex in’ South Asia with hundreds of Shiva lingams, shrines icons of various Hindu god and goddess insides. This temple site occupies an area of 281 hectors in total.
Bouddhanath Stupa: One of the  large Stupa, Bouddha is generally acknowledged to be the most important Tibetan Buddhist monument outside Tibet. Tibetans simply call it CHORTEN CHEMPO “Great Stupa”. It has now become the Mecca of Tibetan exiles in Nepal. Walking around Bouddhnath one often fins men wearing long braids wrapped around their heads. Many of these pilgrims carry their own prayer wheels, which they spin incessantly.

Swayambhunath Stupa: A golden spire crowning a conical wooded hill, Swayambhunath Stupa is the most ancient and enigmatic of all the holy shrines in Kathmandu valley. Its lofty white dome and glittering golden spire are visible for many miles and from all sides of the valley. Historical records found on a stone inscription give evidence that the Stupa was already an important Buddhist pilgrimage destination by the 5th century AD. Its origins however, date to a much earlier time, long before the arrival of Buddhism into the valley. A collection of legends about the site, the 15th century Swayambhu Purana, tells of a miraculous lotus, planted by a past Buddha, which blossomed from the lake that once covered Kathmandu valley.

Kathmandu Durbar Square ( World Heritage Site) : It is easy to be overwhelmed by the seemingly uncountable monuments in the Kathmandu Durbar Square. The house of the Living Goddess ( Kumari), the ferocious Kal Bhairab, the red monkey god, and hundreds of erotic carvings are a few examples of the sights at the Square. The buildings here are the greatest achievements of the Malla dynasty, and they resulted from the great rivalry between the three palaces of Kathmandu, Patan, and Bhaktapur. The Valley was divided among the children of Yaksya Malla. For visitors today, and for the Nepalese, it was serendipitous that they, and later their offsprings, began an artistic warfare trying to outdo each other in splendid constructions. Kings copied everything their neighbours built in an even grander style. A visitor who wanders around the Square will see a round temple in the pagoda architectural style, the temple of Goddess Taleju, and an image of Shiva and Parbati sitting together among the many monuments.

Changunarayan: This temple is said to have been build in 323 AD by King Hari Dutta Varma. The temple is richly decorated with sculptures and carvings. It is said to be the oldest temple in the Valley. Situated about 153 meters above the level of Kathmandu Valley, it affords a beautiful view of the surrounding countryside. An all-weather motorable road connects it with Bhaktapur City.

Bhaktapur: Bhaktapur is known as the ‘City of Devotees’, the ‘City of Culture’, the ‘Living Heritage’, and ‘Nepal’s Cultural Gem’. It is one of the 3 royal cities in the Kathmandu Valley. The others are Kathmandu, the capital of Nepal, and Patan. Bhaktapur is filled with monuments, most terra-cotta with carved wood columns, palaces and temples with elaborate carvings, gilded roofs, open courtyards. The city is dotted with pagodas and religious shrines.

Mountain Flight: Early in the morning from Kathmandu Airport many airlines will operate mountain flight for one hours will takes you very near of the mountain ranges from where you will see Mt. Everest, Lhotse, Nuptse, Gaurishankar and many more Himalayan peaks.

Side Trip from Kathmandu Valley:
From Kathmandu you can drive to Nagarkot (a hill) and spent your day time there and back to Kathmandu but overnight stay there is highly recommendation from where you will see sunrise and clear Mountain View in the morning.
Dhulikhel & Daman are also nice place to visit as side trip from Kathmandu to take different experience. 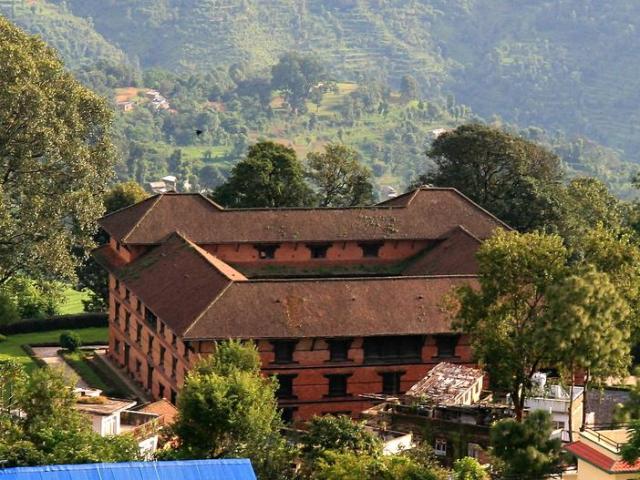